What Their Halloween Costume Says About Them 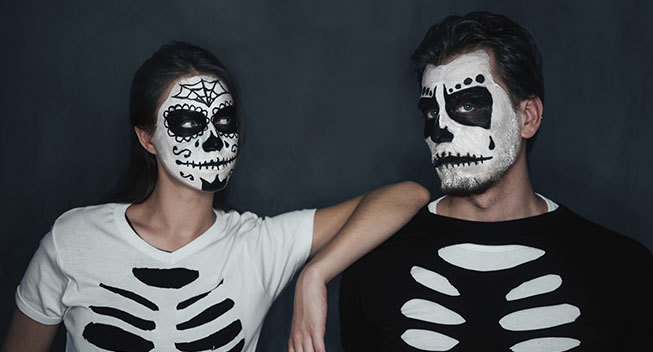 The witching hour is nearly upon us, which only means one thing… PARTY! If you’re attending a fancy dress party with a date (or plan on scouting for one while you’re there), pay attention to their costume; Psychologists say it can reveal a lot about someone’s personality…

The Witch/Vampire
They can’t think of a better costume, so they go for the safe option every year. This person would probably love to wear something silly or sexy, but doesn’t want to embarrass themselves. Avoid if you’re looking for an extrovert.

The Sexy Fairytale Character
People wear these costumes because the want to get noticed. It’s either their way of expressing their sexuality for one night of the year, or they’re used to dressing like this all the time. Although it may not look like it, they would love someone to look past the outfit and long for their own happy ending.

The Superhero
Possibly picked on as a child. They really want to impress and feel like a big shot for one night. Although they are probably the ones waking up with a huge hangover in the morning; they’ll definitely buy you a drink tonight.

Celebrities
This costume may be used to let others know that they have a knowledge of current events, or they may be displaying a personality trait they associate with that celebrity. They see themselves as popular, but wish they could have more power.

An Actually Scary Costume
This person is confident enough with themselves to ‘ugly’ themselves up for one night. They’re fun and love getting into the spirit of things. If they look good in their scary outfit, just imagine what they look like normally!

The One They Have To Explain
They’re dressed as a ‘concept’ or an obscure pop culture reference that only 5% of the party guests are going to understand. These people are really thoughtful but don’t care too much about how others view them. They know that their costume is going to be a good conversation starter.