What GOT Taught Us About Love 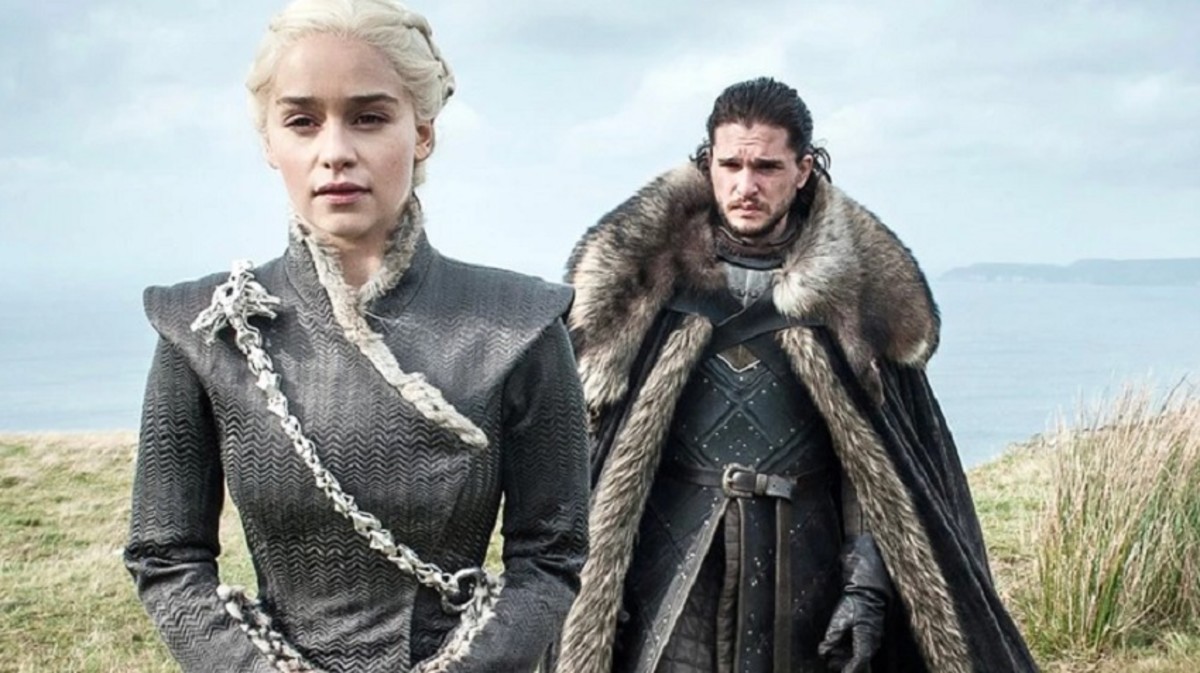 In the epic battles to win the iconic pointy chair, it can sometimes be hard to remember the love stories we’ve also seen along the way. Winter is now here, so wrap up warm and enjoy the lessons in love we have learnt from the last 8 series of Game Of Thrones…

No one can deny that the ultimate GOT power couple is Cersei and Jamie Lannister, it’s just a bit awkward that they happen to be very closely related… Once you get over the initial (Eurgh that’s her brother!) shock, you start to see that the pair seem quite well-suited, with Jamie playing the role of the placid and rational one whilst Cersei, well, no one wants to be on the wrong side of her! However, their relationship hasn’t been plain sailing to say the least. All their children are dead, Bran is permanently disabled and Cersei had to walk through the streets whilst being pelted with rotten fruit. This kind of leads us to believe that they maybe should have dated further afield…

Remember back in the early episodes when Sansa Stark was swooning over Joffery like he was a member of One Direction? With his floppy blonde hair, blue piercing eyes, fame, power and more money than sense, he seemed like quite a catch. She would have stepped over her own dead Dad just to be with him. But then he went and actually killed her Dad, which made her think, maybe he isn’t the one after all. Poor Sansa learned the hard way that being heir to the throne doesn’t necessarily make someone a nice guy, (we’ve all been there!)

Weddings Can Be Dangerous

…And we don’t mean just for your bank accounts! Rob Stark found love in a hopeless place, on the battlefield back in series 2. Their private ceremony went well and they soon had a child on the way. Everything was looking good for the pair, despite being at war all the time with the rest of Westoros. That was until they attended someone else’s wedding and things went a bit downhill pretty fast. It seemed that not everyone was happy with the pair’s relationship, showing you can’t please everyone. Rob’s marriage was cut short and so was he, his wife and his mum at the infamous red wedding, with no bouquet throwing in sight…

Let’s spare a moment to acknowledge just how unlucky in love poor Brienne of Tarth is. First of all, the Amazonian knight falls for King Renly, who turns out to be more interested in men yet marries another woman instead. Then despite trying to save his life he gets killed by a shadow monster. Then she has a ‘will they won’t they’ thing with Jamie Lannister, who we all know actually prefers his own sister. Despite being arguably the most loyal character, saving lives and avenging deaths left, right and centre, the mighty knight just can’t catch a break. However, she is still alive and living her best life as a singleton. She’s ok, she can fight her own battles, literally…

Let’s not forget the bromances that have formed over the years. Even though Jon Snow and Daenerys seem to be a thing now, we were happier to see him reunited with his bro from the snow, Sam. Their bromance added some warmth to the endless snowy scenes beyond the wall in the first few series. There’s also Bron and Tyrion’s double act. Their shared love of women and sarcasm brought them together, as well as Tyrion paying him to be his friend, which helped.

So if you want to find love, Westeros style: give birth to dragons, pay your debts, avoid your siblings and avoid weddings with people that don’t really like you that much. Well, our watch has ended.