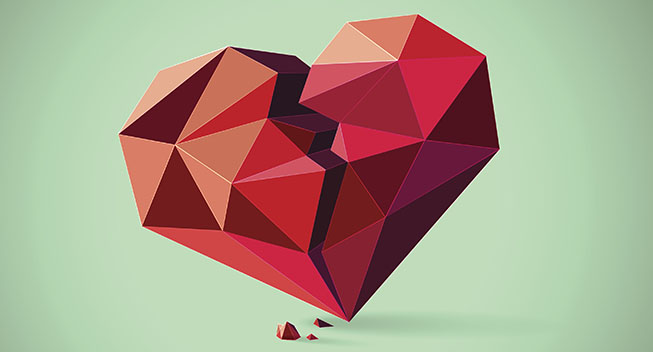 We’re all guilty of at least one of these, but the truth is that they can seriously harm a relationship over time. We all have insecurities and faults caused by the past, but that doesn’t mean we have to let them hold us down in the present! Happy you = happy relationship…

Snoop around hard enough and you’ll probably find something you don’t like. It may be a text from an ex, a Facebook like or an old picture you found whilst ‘rearranging’ their drawers. However small and insignificant it is, it’s going to seem like a big deal to you and it’s probably information you can live without. Think about if the tables were turned; if someone was constantly going through your belongings, asking to read your private conversations and couldn’t go a day without stalking you on social media, you would be a little freaked out! Telling yourself “if they don’t have anything to hide then there shouldn’t be a problem” doesn’t change the fact that it’s an invasion of privacy. Leave the snooping to Sherlock and step away from the smartphone!

Bringing up past arguments

Forgiving and forgetting is easier said than done. So, if you know that you’re not over an issue, you don’t have to say it’s fine. It’s better to talk things over, open up and move on (if you feel like you can), rather than sweeping it under the rug and bringing it up later. If you’re having a discussion about something that’s upsetting you now, it’s unfair to bring up an old argument just to get one up on them. Nobody’s perfect and you’re both going to upset each other from time to time, so learn to let go of the little things and feel that weight lifting off your shoulders.

Little white lies
Great relationships are built on honesty and trust. We might think that a little white lie here and there won’t hurt anyone, but in the end, it will hurt your relationship. When the other person finds out that you’ve lied about something so small for no reason, they’re going to wonder what else you have been lying about. Whatever your reason was for lying about something so silly, you’ve still been untruthful and over time that will break down the trust. Not telling them something important or withholding the truth is just as bad – a lie is a lie. (Of course, lying about not eating the whole box of chocolates they bought you in one go doesn’t count!)

PDD (Public Displays of Drama)
Who doesn’t love watching a good old PDA (public display of affection) sesh? Anyone? The same goes for PDD. We all know that one person who’s always breaking and making up with their partner over social media, and we all know what we think about their ‘perfect relationship’. Every couple has their ups and downs and, of course, we all need to share our problems with our friends (and a bottle of wine) every now and then, but venting about it all over Facebook or uploading cryptic quotes on Instagram is a tad unnecessary. When you’ve had an argument, you just want to forget about it, but once you’ve shared it will all of your friends and family, they might not be able to forgive your partner so quickly; resulting in awkward nights out and bitching sessions about your love life behind your back.

Clinginess
Sometimes you love someone so much that you just want to spend every moment with them and talk to them non-stop, but this will end up being really suffocating really quickly. We all need time to ourselves to let off some steam and relax without our partners – it doesn’t mean we love each other any less. Being clingy in a relationship will push away everyone else you love and, eventually, your significant other. Be that power couple that everyone wants to be and both live your own lives; you can still be independent and in a relationship at the same time. Put down your phone, spend time with your own friends regularly and make your partner miss you every once in a while.