How To: Use Winks 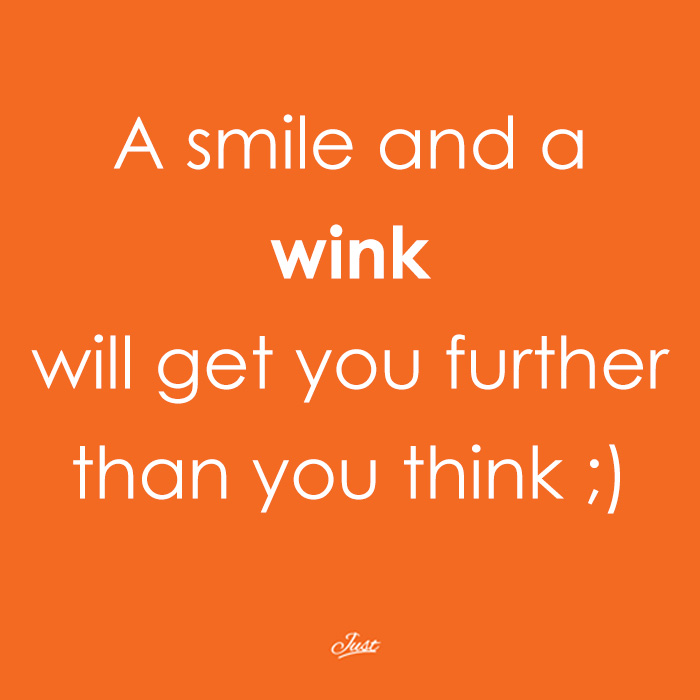 Winks – they’re a quick and easy way to break the ice. But when should you wink? How do you respond to one and how many is too many? We’ve got this covered…

Winks can be found on everyone profile photo. Look out for the wink symbol. When you send someone a wink it appears in their inbox. It is a way to indicate your interest in someone, much like in real life.

When should I wink?

If you want to see if your attraction is mutual, a great thing to do is wink. Winking is so much quicker than messaging, so if someone wants to reply to you it tends to happen quicker. If someone hasn’t written a lot on their profile, so you feel there’s nothing you can ask about in a message, try a wink.

Woah! How many is too many?

Winks may be easy to send, but sending too many can put people off you. Use them sparingly. Never wink at the same person twice, if they don’t reply to one wink they definitely won’t reply to loads! Send a few a day to different people who catch your eye. But remember, sending a message is way more personal, so definitely send a friendly personalised message if you can. Use winks as icebreakers, if they respond send a message saying something like, “Thanks for the wink! How’s your day been?”

What do I do with my winks?

When you get a wink take a peek at their profile. If you get a good feeling about them either send a wink back and encourage them to make the first move, or take the lead and send them a message. You know they’re interested, so you’ve got nothing to lose!

So now you’re ready to wink away. They really work, we get success stories all the time telling us that their whole relationship started with a wink…