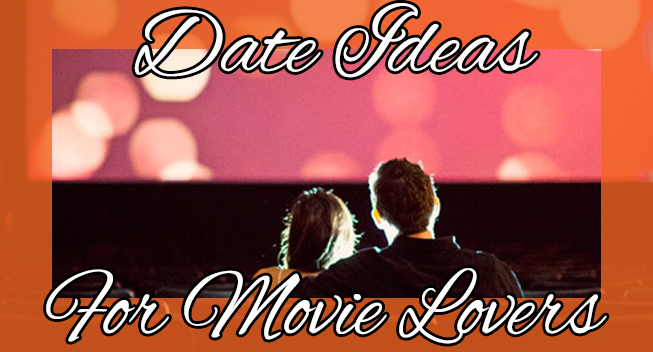 It’s the start of awards season which means one thing – everyone is going movie crazy!

Whether you’re a film fanatic who can’t wait for the Oscars, or you only watch chick-flicks and summer blockbusters, you and your date are sure to have fun with some of these movie-themed date ideas.

We’ve obviously got to include a date at the cinema in our list, but this one has a difference. There are now hundreds of intimate cinemas across the country, with squashy sofas and cocktail makers. Sounds like a much better date scenario than a sticky popcorn-covered seat surrounded by teenagers!

Electric Cinema in West London is kitted out with red velvet double beds (or double armchairs if you’re not quite ready to hop into bed just yet, even if it is at the cinema).

Odeon’s The Lounge in Queensway, London is a new exclusive cinema experience, where you can have food and drinks delivered straight to your seat (even mid-way through the film!).

Rest of the UK A quick Google search will bring up a range of luxury cinemas in your area. With one’s popping up, up and down the country, you’re sure to find one closeby.

Most cities will have had at least one major movie shot in it’s walls and there’s likely to be a movie tour that takes you around the famous spots. If not, head to London to see where major blockbusters take place and, in some cases, get a look at the props and movie magic in action.

BBC Sherlock Locations Tour Although not strictly a movie, Sherlock has grown to become the BBC’s biggest export. Fans of Benedict Cumberbatch can climb aboard a guided coach tour of the locations featured in the hit TV show, including Baker Street and Speedy’s Cafe.

Warner Bros Studio Tour If you’re a lover of Harry Potter (or even if you aren’t) you’re sure to know about the Warner Bros Studios Tours, complete with The Great Hall and The Hogwarts Express. Plus, it’s a great indoor date for rainy days.

Can’t get to London? There are loads of other movie (and TV tours) outside of London if you can’t travel. Check out the famous Corrie cobbles or visit the magical Game of Thrones locations in Northern Ireland.

Another cinema with a twist, HotTub Cinema combines movies, drinking and hot tubs! Perhaps one for the younger crowd – if it’s just the two of you you’ll have to share a tub with other people. On the other hand, if you can grab another two couples, it’s a great idea for a triple date with friends. There’s a range of locations including London, Birmingham and Manchester, plus an upcoming PillowCinema event for those that don’t fancy spending a few hours in hot water.

Can’t make it to HotTub Cinema? It’s a little bit make-shift, but you can always run a relaxing bath, pop a film on the laptop and build your own, intimate version of the cinema at home.

Don’t forget you can find your own movie lover to go out with on JustSingles.com. Simply use the filters on the left-hand side to select people with ‘Movies’ as an interest.

Let us know if you try out any of these date ideas – and what film you saw – in the comments below or on social media using the hashtag #JustSinglesDates. We’d also love to hear some of your date ideas for movie buffs and whether they were a success.

Until next time,
The Just Singles Team