A Look Back at TOWIE Romances

The Only Way Is Essex is confirmed to be rejoining our screens on Sunday night, bringing us our twice-weekly dose of reality drama. The stars of the show may be famous for their accents, fake tan and flashy cars, but it’s their relationship dramas that keep us all hooked. We take a look back at our favourite TOWIE romances, throwing it all the way back to the first series. 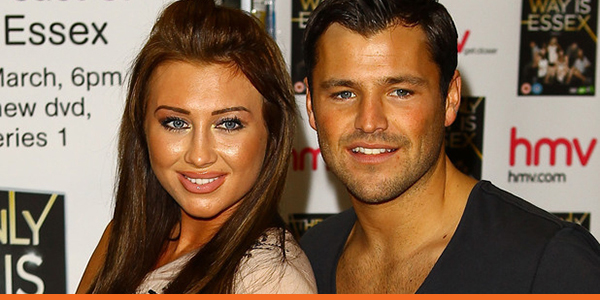 The original Essex couple, Mark and Lauren joined the first series of TOWIE having been together for almost 10 years! The pair got engaged in 2011 with an elaborate engagement party featuring as the end-of-series highlight, but along with their new high profiles came rumours of cheating from both parties. Unfortunately, the show spelled the end for their long-term love affair. Fans of the show will no doubt remember Lauren and Mark’s dramatic fallout in Marbella, in which Lauren stormed into a party and pushed Mark into a swimming pool. Ouch!

These days Mark is best known for presenting Take Me Out spin-off show, The Gossip, and being married to soap hottie Michelle Keegan. Lauren has been on a health kick and recently appeared on the TOWIE Christmas Special, but hasn’t had a high-profile relationship since quitting the show. 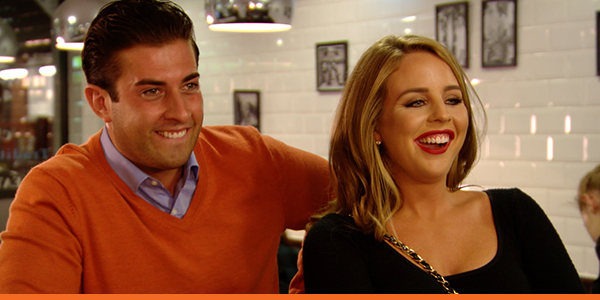 Another favourite original couple, Arg and Lydia’s on-again-off-again relationship has spanned the show’s history. The childhood sweethearts have broken up and got back together more times than we can count. Despite Arg starting a relationship with TOWIE regular, Gemma Collins, and Lydia dating a few of the lesser-known boys, the pair are currently back together for the foreseeable future. Relationship highlights include Arg buying Lydia a pet pig called Mr Darcy, and their cringe-worthy appearance in the “I’m In Essex Girl” music video. 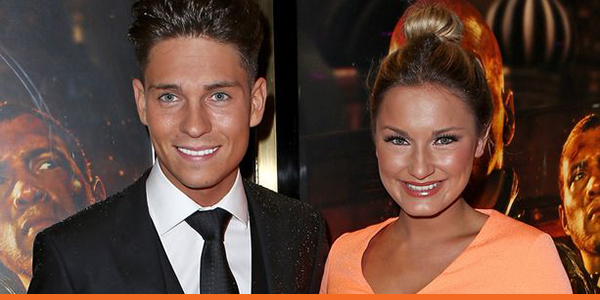 Although it seems a long time ago and both the TOWIE stars have now moved on and away from the show, Sam and Joey’s relationship still holds a place in our hearts. Their famous first date at the dump certainly made an impression (and surprisingly managed to bag Joey a second date), so much so that the pair became engaged in Dubai in 2013. Unfortunately it wasn’t meant to be and the pair parted ways later that year, with Sam recently bagging her own spin-off show detailing her pregnancy with boyfriend Paul. 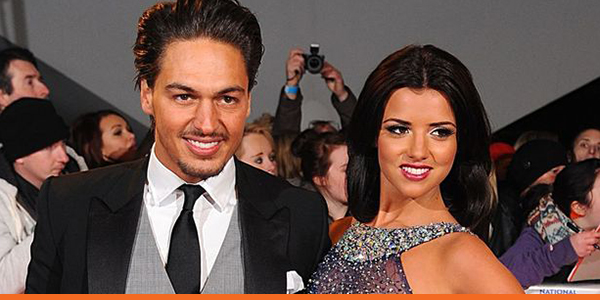 Another on-off couple, Lucy Meck and Mario were fan favourites thanks to their good looks and cute dogs. Like the majority of the TOWIE couples we’ve featured, Lucy and Mario became engaged during their time on the show in 2012. Naughty Mario was shown to be cheating with other girls, while Lucy dithered over whether to move in with the Italian stud. The relationship ended on unpleasant terms in 2013, with Lucy going on to date gymnastic Olympian Louis Smith and Mario dating a string of other women. But the real question is… who got custody of pampered pooch Bentley?!

Sorry Lucy, Mario might be a love rat, but Bentley only has eyes for him.

So who do we think will be causing the relationship drama this time?

Danielle and Lockie are tipped to bring the biggest confrontations when the TOWIE returns on Sunday, following their breakup last series. The Christmas special ended in tears after Lockie flew up to Scotland to woo Danielle back, with Danni rejecting him after a chat with Lauren Goodger. We’re not too sure Lauren gives the best relationship advice, but we are sure that there’ll be a whole lot more tears to come.

Newcomer Jon, who you might have caught on last year’s Love Island, will also be joining the cast with his brother Chris. The brothers will be the new singletons on the Essex nightclub scene and are sure to stir up a drama with the glamourous girls of TOWIE. Do you have any predictions on who Jon will get together with on this series? Place your bets now and we’ll revisit it throughout the series!

Let us know what you think will happen in this series in the comments below, or Tweet us your predictions on @JustSingles. What we do know is that we’ll be getting double doses of tears, tantrums and tan every week – and we can’t wait to see what will happen with the love lives of the Essex crowd!

Don’t forget, you can find yourself a fellow TOWIE-lover on JustSingles.com, using the search filters to find people interested in ‘TV/Radio’.

Until next time,
The Just Singles Team