3 Dates 3 Months Challenger Hannah (founder of lifestyle blog Student Life) is our very own Bridget Jones, blogging about University life, men, and her love of carbs. Today she tells us about her experiences with JustSingles.com… 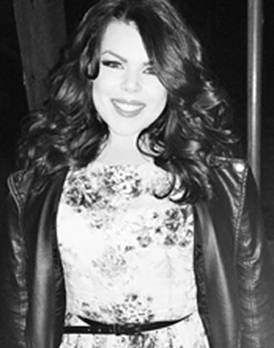 I’m no stranger to online love affairs, oh I’ve had my share alright. Granted said love affairs have included the likes of Dominos, Asos and Just Eat.. but they’re love affairs I’ve adored, and still adore, none the less. When I was approached by Just Singles asking if I’d be interested in trying out online dating I was intrigued as to the prospects it could offer me, particularly given loves I’d discovered in the past (here’s looking at you Ring a Roast.) I had imagined falling in love with my Prince Charming with the same intensity as I had when discovering Domino’s pizza comes with reduced fat cheese, that is the stuff dreams are made of. With love and reduced fat cheese in mind I signed myself up, flattering selfies and a witty bio at the ready. I wouldn’t suffer a great loss should it all go tits up, and if I did happen to meet a decent male in the process, and by “decent” I mean intelligence, charismatic, has all his own teeth and of course isn’t an a**hole – you would be surprised how difficult said men can be to get your hands on (in the metaphorical sense of course.)

Apparently I need to return to dating school, or at least begin one for those who clearly can’t date.. or find a man. Online dating worked as well for me and galloping up to an attractive male, licking his crotch and staring adoringly until he agrees to marry me. It just doesn’t happen. Online dating just didn’t happen. I haven’t even had the chance to leave a date thinking “well he was an a**hole” and declare myself a single spinster once more. I shall confess that I didn’t really make as much effort of perhaps I should have done, but I’m a lady and I just can’t bring myself to send that initial first message. I did converse with one gentleman chap for a day or two, only his attitude, personality and general existence suggested I should probably consider that one a write off. I’m no diva by any standards but I can imagine he is the type of male who’ll complain about the cost of a glass of coke in Wetherspoons and insist on going somewhere cheaper whilst on a date. And yes I’ve had that happen in the past. Dating rule one: no beverage, no booty.

I should also state, the failure of online dating wasn’t solely on me. In fact I was rather disappointed with the lack of attention I received. I’m no Beyonce and I don’t expect men to be flocking at my feet by any means, however I had been anticipating at least a couple of gentlemen sending me a suave message or two, after all who doesn’t love attention? Sadly, I got nada. I almost wanted to tweek my (already fabulous) “write about yourself” section slightly and include an obnoxious “WHY DON’T YOU LIKE ME?!“.. only I refrained. I should imagine they’ll sense my “bat shit crazy” mode from the off and that’s never good when persuing a gentleman companion. Granted had I of received a message despite my clear insecurity and hormonal cry for attention I would have to marry said gentleman, or at least buy him an expensive glass of coke. I’m not quite sure how I should feel about a lack of men interested in myself and my profile, I’ve taken to the attitude of “it’s difficult to care when I’ve got my sassy pants on.”


I’ve not felt as though I’ve suffered a loss in spite of a lack of love online, despite having initially been enthusiastic about the prospect. Perhaps I will continue to search for my Mr. Darcy through the depths of the internet in the hopes he’s out there somewhere, and if I happen to stumble across pictures of puppies and food along the way, well that’s just beautiful. In the meantime however I can take comfort in the knowledge that I shall always have reduced fat cheese on pizza.

To read more from Hannah, check out her blog Student Life. You can also follow her #3dates3mths antics on Twitter.