3 Dates 3 Months – The Man With The Cravat

She’s baaack! 3 Dates 3 Months challenger Kate, aka WitWitWoo talks to us about Challenge Number 2… heading on a night out with a friend! Read on to find out how she got on… 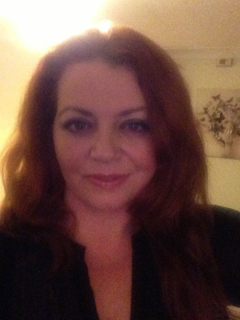 It has been six weeks since I wrote about my last date as part of the #3dates3mths dating challenge with Just Singles.  What can I say? I’ve been through a dry patch.  As it were.  Moving house has hindered my dating opportunities. (That’s my story and I’m sticking to it.)

But I planned a well-deserved night out with a friend this weekend and, with this dating challenge in mind, I deliberately suggested we go somewhere completely different to see if we might end up meeting gorgeous, single, hot, young millionaires.  OK, unlikely bearing in mind we’re talking Medway, but still… it was a little out of our comfort zone nonetheless.

I (stupidly) had high hopes.

She picked me up at mine (well, at my Dad’s … just like being 16 again) at 7.30pm but I was being a typical girl and was still faffing around with my hair.  I had a new curling wand thing and had managed to curl one side of my hair, but I’d completely cocked up the other side.  (I kinda got carried away with the heat resistant glove it comes with and got sidetracked doing Michael Jackson impressions.)  She took pity on me, took over, curled the rest and I was ready (at last) to leave.

After discussing that we should really dress up and wear actual dresses, we did, of course, just wear jeans in the end… but at least we bothered with heels.  I even bought a new floral kimono top to go with my outfit so I did make somewhat of an effort.  (Although the temptation to wear my Converse was quite overwhelming.  Actually, the temptation to stay in my pyjamas, watch The Voice and not go out at all was quite overwhelming too.)

We went to hers for a few drinks then got a cab to the venue.  It was billed as a ‘soul’ evening – some old school music, DJ, bar, drinks, bit of dancing, but as we arrived we saw lots of people queuing up to pay to see a band that was playing.  We had a word with the barman, hoiked our bosoms up a bit and he said that we could just sneak in the back without paying.

*buffs nails*  Still got it GOING ON!

The Man With The Cravat

The crowd was our age and older, which was no bad thing.  I normally date younger men but a change is as good as a rest as they say … although I doubt they were talking about this particular scenario when they said it.  Anyway, there were lots of couples there but a few groups of what appeared to be single men.  However, no-one caught my eye at all.  And I mean no-one.  Either I’m just a fussy bugger or …  OK, I know I can be a little fussy but that’s only if wanting a smart, hot, funny, NORMAL man means I’m fussy.

We’d only been there ten minutes when this guy waltzed past us in a white jacket, red and white striped shirt, cravat and hat, winked, waved and waltzed off again.  Normal.  And when I say ‘waltzed’ … I mean, he actually waltzed past us on the dance floor.  Now, bearing in mind he was on his own and the band hadn’t even started, this was a little… perturbing.

Come to think of it, there were a lot of hat wearing men there.  It was obviously ‘a thing.’

The cheap vodka was now going down nicely and it was really nice to be somewhere different.  The selfies were in full flow, the music was good and we even did a little 2 step here and there… we weren’t drunk enough for full on dancing.  At least not just yet.

Like with most evenings, as the night wore on, there were moments when all I could think was PIZZA… EAT ALL THE PIZZA, and MY FEET HAVE NEVER EVER BEEN SO SORE …. And OH I LOVE THIS SONG!  Pretty much like every other evening out with the girls.

Online dating is so much easier than meeting men ‘in real life’ … even if it is more mechanical.  With online dating, you input your criteria and out pop the suggestions – bit like a fruit machine.  Sometimes you win a few quid, often you’ll lose all your money … but very very rarely will you ever win the jackpot.  But it does give you a quick fix that going out in the real world can’t give – because that’s actually so much more effort and, in this day and age, people just don’t have the time.  But I like the fact that this challenge is making me at least consider real life dating opportunities.

Maybe another band, in another town, with another crowd might have proved more fruitful, but that band, in that town, with that crowd … not so much.  I might not have got lucky, but I had a bloody good night out.

To sum the evening up, we got chatted up a couple of times (OK, once), the drinks were awful but we drank them anyway, we talked to people we’d never normally talk to, took the piss out of people wearing ponchos, ruffles, jeweled shoes and cowboy boots (but pointed out that even they were married) danced, laughed and had an all round good night.

However … as far as finding a man goes, this just wasn’t ‘my’ type of place.  Yes, we had fun, but that’s just because we always have fun when we go out.  The fact is, and I’m generalising, but it just highlighted even more that my preferred date is someone younger than me.  I looked around at the men there on Saturday and they all just looked … well, so old.  Sure, they all seemed very nice (and married mostly) but I didn’t feel like I had anything in common with any of them.  Don’t get me wrong, I know I’m no spring chicken but the bonus of being my age… I know what I like and I know what I want.

Still, it was fun, and that’s what life is about.  At least it is for me right now. So the fact I didn’t ‘pull’ was irrelevant really.

To read more from Kate, check out her blog WitWitWoo. You can also follow her on Twitter and keep up to date with all the latest #3dates3mths activity!