We’re back with our third and final post from lifestyle blogger Single Mother Ahoy! If you missed Vicky’s first challenges you can read all about them here. Now, onto challenge number three, online dating… 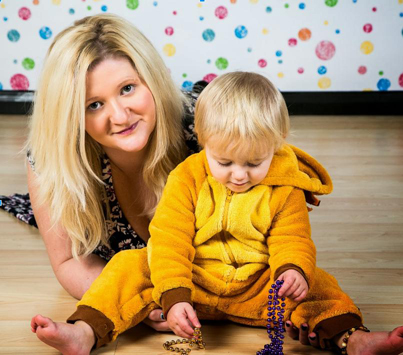 As some of you may remember, I was set a challenge earlier this year to go on three dates in three months. I got my first date by smiling (not like a creep but, you know, looking friendly). My second date was supposed to have been a blind date, but after being let down a couple of times, I gave up on that idea. The third date was to be found by using Just Singles, an online dating service.

I have to say, I was more than a little wary of using online dating, but when I mentioned it on Facebook lots of my friends told me they’d found their other halves through online dating. It no longer seems to be the place for dateless weirdos to congregate, but rather for people who either don’t have free time for hanging about in bars to meet someone, or people who don’t want to meet someone in a bar.

My problem with men and dating has always been that I’m not really much of a party animal. People used to tell me I should “get myself out there” – go to more parties, bars, nightclubs, and I was bound to meet a man. The only problem was that, since I don’t drink, and don’t want a boyfriend who spends all his time in parties, bars and nightclubs, it seemed counter-intuitive to meet a man in this way.

My experience with the site was mostly positive. I met some very nice gentlemen, some of whom I had a fair bit in common with. I also met a couple of slightly odd men, and one who turned out to be decidedly stalky. The good thing about internet dating was that I “met” those ones through my computer, and could tell them to bog off (in a nicer way, of course) without having to actually sit through a date with them.

The man I did go on a date with was lovely. It turned out there wasn’t really a spark of romance there, which was a shame – but we had a lovely evening together and got on well.

It was nice to meet someone for a first date, with whom I already knew I had a few things in common. We had already chatted, and we both knew what the other was there for; none of this skirting around the issue, wondering whether the other person is just a bit flirty or has something in his eye or something.

I don’t think I will see the man I met again, but I have been chatting to a couple of other men on the site and may well meet up with them in future. I am very cautious about meeting a new man; I have an almost symbiotic relationship with S, and it would take a lot to allow a third person into our lives. Internet dating is good for this, because I can get to know someone without having that extra attachment/risk of meeting them in person.

We feel very lucky to have had Vicky as part of the 3 Dates 3 Months team, and we hope she’s enjoyed taking part as much as we’ve enjoyed reading about it!