We can’t believe this is our final post from Thirty Something London blogger, Jordi. As the only male taking on the 3 Dates 3 Months Challenge, we’ve loved reading about his single guy antics. Despite being an anti-online dater, he gave Just Singles a try, and even tried airport dating! So now it’s time for challenge number 3… 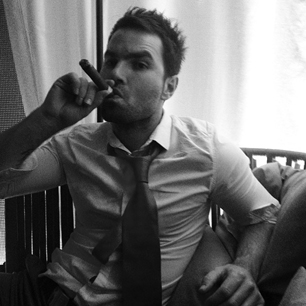 I never go out on the pull, it really isn’t a good look from the outside looking in.

I mean, come on. I challenge anybody to find something more entertaining than seeing a couple of desperate men salivating in a pub corner like 2 rabid dogs as they ogle anything that moves. Or perhaps an experienced cougar pinning her unsuspecting prey against a wall in the middle of a bar ready to devour him whole like a killer python……… Who wants to be that person?

It must be said that I also get entertained really easily.

As part of my Just Singles #3dates3mths challenge, about 3 months ago I went on a night out with the sole purpose of trying to meet someone with the hope of taking them out on a date. Not my usual thing, but hey – I like a challenge. In fact the last time I actually went out “on the pull” would have been in my mid-twenties. Yep, that long ago.

Myself and 2 single colleagues, 1 male and 1 female decide to invade a couple of North London’s cheesiest bars for my experiment. As we enter the first bar with a cliché dance floor, 2 fortysomething men in leather jackets are trying their hand at gyrating against two drunk 21-year-old girls. It looks like we’d come to the right spot.

We order a few drinks and hang out by the bar, trying to figure out how to play this. After scanning the room, there wasn’t one person in the whole bar I found attractive. Maybe it was because it wasn’t my scene, or maybe it was the fact that the biggest highlight was a girl passed-out in the corner being held up by her friends “Weekend at Bernie’s” style. (*note to self: must watch “Weekend at Bernie’s” again soon).

We all know the best ice-breaking ever seen in a bar – in the history of bars is the scene from Karate Kid 2, where Daniel San chops through all of those ice blocks with his bare hands to win a fistful of cash in front of a bunch of marines. Unfortunately, I’ll never live that dream, so coming up with other ice-breakers just as good is no easy task – especially when I’m standing in a bar where there’s not one person that stands out from the crowd. It would have been a complete waste of time. All in agreement with this, the three of us look at each other, roll our eyes and head to the next bar.

We enter the next bar after being charged a fiver to get in. No band, just cheesy 90′s music with a crowd that have pretty much stumbled in there after their “Friday after work drinks”. Guys in suits singing “Uptown Girl” at the top of their lungs whilst swinging their pint glass from side to side thinking that it’s going to impress some lucky lady paints a common picture of London on a Friday night. I look at them and think to myself “so, Jords – your life’s come to this”. I tell the guys, that that’s my queue. I’d rather be at home eating cereal in my pants watching a movie than here.

When going out on the pull there’s a certain level of expectation. The night gets built up as if it’s going to turn out to be “the last days of Rome” but normally ends up being an expensive fizz with a frozen pizza being half-cooked at 3am.

With so much pressure put on yourself and the night, it’s hard to just go out and have a good time. Had I gone out with my colleagues just to have fun – I probably would have enjoyed it more.

So, my advice, for what it’s worth is to neveractually go out on the pull. Go out with your friends, have a laugh and enjoy yourself with no expectation. If you meet someone – great. If not, who cares, that wasn’t the main objective anyway. And if all else fails you can always go home, watch a movie and eat cereal in your pants.

To read more from Jordi, check out his blog Thirty Something London. Or, you can catch him giving his thoughts on dating and the single life on BBC London radio tomorrow (Saturday 26th). And if you want even more Jordi, you’ll find him on Twitter here.