Since her last post, Claire has been busy revamping her blog, Confessions of a Single Parent Pessimist, with a brand new look! Now, onto Claire’s second challenge as part of the 3 Dates 3 Months campaign. This time, she put JustSingles.com to the test (with a little bit of Twitter dating thrown in!) Read on to find out how she got on… 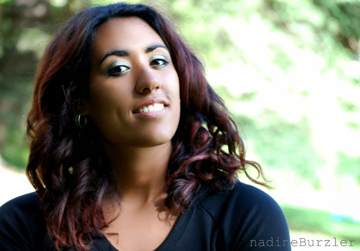 As you know, I’m currently taking part in the #3dates3mths challenge, set by online dating company, Just Singles. My first challenge (safari dating) went really well, and I ended up getting a further date from it (but that’s a future post!). The event reminded me what it feels like to be admired and fancied – and oh boy how I’ve missed being flirted with for the last 2 years!

So after such a positive experience, it fueled me to give online dating a go, so thankfully Just Singles gave me a free 6 month membership to enjoy!

I’ve dabbled with online dating in the past when I was in my early twenties (and late teens tut tut) and I’ve had very mixed experiences. There’s an assumption that only axe-murderers and old men use this as a way to meet people, but these people are in the minority (thankfully!).

I’ve had a long term relationship with one guy I met on a chat room, I’ve made some fab friends and I’ve had quite a lot of erm… fun too! Yes there have been some shocking dates, which I really must write a book about (seriously some you would not believe!!!) but you learn from these;

I now make sure I’ve seen a wide variety of current photos of them, spoken to them on the phone, and sometimes even seen them on webcam before I meet them, to avoid any nasty surprises!

Whilst I have this experience of the internet dating scene, I felt very nervous about entering it as a parent for the first time. I’m very aware that a lot of people put specifications on their ‘searches‘ which can include only looking for women without children (men with kids used to be a no no from  me I’m ashamed to admit!).

But despite this, I also know that if a guy doesn’t love my son the way I do, then he wouldn’t be someone worth dating anyway!

So here’s how my online dating experience has been during the last couple of months:

It took me a little while to get used to this site, because it works slightly different to ones I’ve used in the past. For starters, people can make ‘introductions‘ which get sent to all men in your local area, and when men do this, it goes into your inbox.

This confused me at first, because I was assuming some of these men were messaging me directly, and would open them to find a generic ‘Hi WLTM a nice girl‘ which I don’t like. I only want direct messages in my inbox so I know the person actually likes ME, so having a separate intros box would be more helpful.

Once I had worked out how the site operates, I sent out an introduction myself- making sure my height and what I’m looking for was first to be written (to avoid the guys just looking for ‘fun’). I also did a search and sent winks, and sometimes messages, to guys I liked the look of.

I did exchange some emails with some guys, but they tended to fizzle out quickly. This happens a lot online, so the trick is to avoid spending too long messaging each other, and taking it to calling and arranging the first date asap. I personally don’t like to have too much online chat with them, as it can then mean most of the questions you would have asked on the first date have already been answered.

Be aware that at times you can be getting on well with someone, but then suddenly never hear from them again. I used to get upset about that when I was younger, but after much more experience of the male mind, I realise that it usually means they’ve either managed to score with someone else they met online, or they have gone back to an ex partner. So don’t take it personally!

There was one guy, JW, who was tall (tick), lived local (tick), was cute (tick) and had a job (big tick). We spoke for a little and seemed to have a great rapport, so we exchanged numbers and started to text, arranging a date. All was going really well, until he asked to add me on Facebook, and noticed I was doing a #3dates3mths challenge. He text me asking about it, and I asked if he would mind me writing about our date and keeping him anonymous. He replied that he would need to think about it, and then that was the last I heard from him!

Why on earth would that be scary, especially when you would not be named?! Cowards aren’t my thing, so moving on!

I was then randomly messaged by a guy on Twitter, who had seen me being retweeted on JustSingles profile. So the site even worked when I was on other social media!

He lived fairly locally, worked at Gatwick airport and had a son of his own, the same age as Chunk. We exchanged some tweets, before moving onto text, and he asked to meet me for a coffee. I agreed, but if I’m honest I wasn’t sure if I liked him, because some of his messages were quite…dull.

He asked to call me to arrange, so I reserved judgement, knowing that some people are just not good at texting. When he called me he talked…and talked…and ranted about his ex partner. Whilst he paused for breath, I raised the opinion that for him to have such high emotions about his ex, and to be telling a potential date about his ex in detail (from the start of the chat I might add) indicated he was still not over the break up. He completely disagreed, ranted about her parenting and the way she speaks to him some more and then asked me what I thought of him.

I laughed and made a joke about it being in the dating rules that you shouldn’t talk about your ex, and he then made subtle comments to try to find out if I was interested. We left it that I would let him know the days I could meet up, and a few days later (after much negative feeling about meeting him) I text him with a day. He agreed and then he went very quiet for a few days. I text him to ask if he still wanted to meet, wondering if he had changed his mind, and he then replied that he had been thinking and was not ready for dating yet. So yet again, Claire was RIGHT! Missed my vocation as a therapist me thinks…

Before these two events when I had just started this challenge, I was tweeting about #3dates3mths every now and then, and would link my hometown into the tweets. Randomly, a guy I call Mr D, tweeted me to ask what the challenge was about. We got talking and he then followed me. He said he was single, 6’3, owned an IT business, same age as me and lived 5 mins from me. He was also pretty hot. PERFECT.

We chatted all day and it was really nice, and we seemed to have great chemistry.

The days went past and we carried on speaking loads- he loves kids and wants a big family (woo hoo), he loves his mum a lot (woo hoo) and he wants to settle down (kerching!).

Then I decided to browse his photos and noticed a girl was tagged into one. I clicked on her name and managed to find that she was his girlfriend.

I confronted him, and he said that it was ‘complicated‘. He said things had been going bad recently and that they are not officially together at the moment. This made me feel uneasy, but at the same time, he kept asking me questions about whether I would date him and how much I liked him, in a way that suggested if I said yes, he would ensure they were over permanently.

I reassured him I wasn’t judging him, but explained that I would only date him if he were 100% single and we talked about whether he had ever cheated (apparently not) and I stopped flirting from then on. We have been speaking as friends ever since, but the other day that changed… he explained they were not together and she had been back with her parents for the last few weeks and he was happy this way.

And it resulted in him erm… visiting me and leaving in the early hours! A girl’s gotta have fun hasn’t she, and boy did I have fun!

However, the following day Twitter notified me that his ‘ex‘ was now following me- HELP! He assured me she didn’t know anything as they were not speaking and so we carried on talking.

This was last week, but things have changed again, and I will explain more in a future post, that I may call: ‘To Be Or Not To Be…A Mistress”

Don’t judge me guys, I’ve never been one before, and to be honest, I’ve always felt that the only guilty party is the guy that is cheating on his girl. I’m single, and therefore not cheating on anybody, but I would also never go looking for a taken guy either. I would draw a line at having a relationship with someone whilst they were dating someone, as that would just be wrong on all levels, but if I’m just sleeping with them, and I’m single, I would only judge the cheater.

I’m at a stage in my life where I sometimes wonder how a man would fit into it, so maybe just finding someone to meet ‘those needs‘ may be all I need at the moment. It also means I can still date and look for a long term partner who would also be daddy potential for my son.

Controversial… but hey I’m always honest as you know!

So all in all, the online dating has been pretty mixed, and despite not finding anyone for long term so far, what it has done is give me the confidence back that I lost from the horrific relationship I had with my son’s biological father.

It has given me my mojo back, and I’m starting to feel like the old me, that was confident, curves and all, who would flirt and date good, decent men (trust me, I shudder when I think of the low I stooped to when I dated my ex!). So if like me you have been putting off getting back into dating, with excuses such as: “I don’t have time” or “I’m too tired” then you need to get online and start practicing and getting your mojo back, because trust me it feels so good to be back in the dating game!

If you want to try out Just Singles, I have a 25% discount for you lucky readers!