3 Dates 3 Months – “I Really Never Thought it Would Be This Successful!”

We’re super excited to share this blog post with you! The very lovely Kirsty (aka Taupe & Pearl) completed her third and final challenge… find a date on JustSingles.com. Read on to find out how she got on… 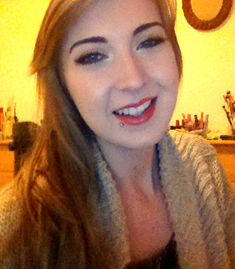 Here we go, the third and final Just Singles 3 Dates 3 Months challenge! This post was meant to be up ages ago but life has got in the way a bit recently so please please forgive the lateness. If you haven’t read about my previous challenges, you can find challenge two here and challenge one here, along with a bit more info about Just Singles.

For the third and final challenge I signed up to the JustSingles website, dipping my toe into internet dating for the first time,  and hoping that asking someone on a date online would prove much easier than in person (but at least I’d have a computer to hide behind if it all went wrong!).

When I first signed up on Just Singles I wasn’t sure what to expect, the only experience I’d had with something similar was an app on my phone which turned out to be less for dating and more for sleazy men to try and chat up girls from the other side of the country. Thankfully, it isn’t anything like that – for a start the profile descriptions and photos are monitored and have to be approved before they’re shown (thankfully! I’m still having nightmares about crotch shots from the men on that phone app!).

As well as their main site, Just Singles offer a range of lifestyle and location based sites, things like Sporty Singles, Ginger Singles and Doctors Singles. I went for their main site as I didn’t really fit into any of the other categories, and I thought there might be a bit more choice! After writing a reasonably run of the mill ‘About Me‘ (we’ll forgot about my worry over whether the phrase ‘bed-loving’ made me sound sleepy or slutty), I chose some nice (but not toooo nice) photos, then had a search for people who lived close by and some fun with the ‘wink‘ button.

Sending out the first message to someone actually was actually scarier than I thought it’d be – in person you can always start with a simple one syllable “hi“, but on the internet you feel pressured to come up with the most amazing couple of sentences of your life, that make you sound keen without being stalkerish. Of course there were a few people who didn’t reply to my keen-but-not-stalkerish first messages, but I’ve always thought that being ignored is the nicest way of being rejected – you’re left to imagine that they’ve just forgotten their password, or their internet’s been cut off, or they were viciously attacked by a savage dog and tragically lost their typing hand.

Along with their many sites for different interests, Just Singles also offer a good search service so you can narrow down your results not just to age and location, but to things like hair length, height and interests.
Despite at first kicking myself for not having a car when I found that a lot of sexy looking men lived just outside my bus range, I found a lot of nice men who lived quite near. There was one guy in particular with that I bonded with over my dairy induced headaches and his lactose intolerance, which sounds like a really dull conversation but it actually felt really nice to make a connection with someone new over something small.

It was within the first couple of weeks after joining that I plucked up the courage to send a scary first message to someone who’s profile I’d been eyeing up for the previous few days. His name was Darren, he was 6 ft, had blue eyes and liked football. I know we’re in the middle of the World Cup at the moment, but I won’t lie, I hate football. I don’t think having different interests is a massive problem though, I like taxidermy but I don’t bang on about stuffed birds all day.

Anyway, imagine my surprise when I actually got a reply back from the football loving beefcake! We exchanged messages for a little while, talking about our tastes in music, TV programmes, and super exciting things like what we had for lunch. One of the good things about messaging someone online is that you can take a little while to plan your replies. Not ‘plan‘ in a manipulative way, but in a way that makes you able to keep a vaguely interesting conversation going with someone sexy without having to be off your tits on tequila. It wasn’t long before we exchanged numbers and my phone was buzzing every few minutes with nice messages.

Once you’ve been chatting with someone for a while, asking them out becomes quite easy, and it’s much less scary to ask someone out through a messaging service than trying to pounce on them in real life. At the tap of a thumb the message was gone and I’m not embarrassed to say I was checking my messages constantly after that. I read the reply with one eye closed, just in case, but thankfully he said yes!

I’ve always been slightly skeptical of internet dating, I’m not sure why as everyone with a profile is usually looking for the same thing, but it was much simpler and actually more fun than I thought. To be honest I always thought this challenge would be the successful one as there’s bound to more choice and opportunity online, but I really never thought it would be this successful.

I only asked one person out on JustSingles, and I haven’t been back on the site for weeks, so I don’t think I need to spell it out that the first date went pretty well! After the previous two challenges where I didn’t even manage to secure a time or place for a date, I think I’ve done rather well at the third challenge, and I’m interested to find out where that one scariest of first messages will take me from here!

We can’t wait to see what happens next with Kirsty and her new beau! To keep up to date, check out Kirsty’s blog Taupe & Pearl, or follow her on Twitter!